A lawmaker in Akwa Ibom state, South-South Nigeria, has been remanded in prison for allegedly assaulting a woman and stripping her naked, PremiumTimes reports. 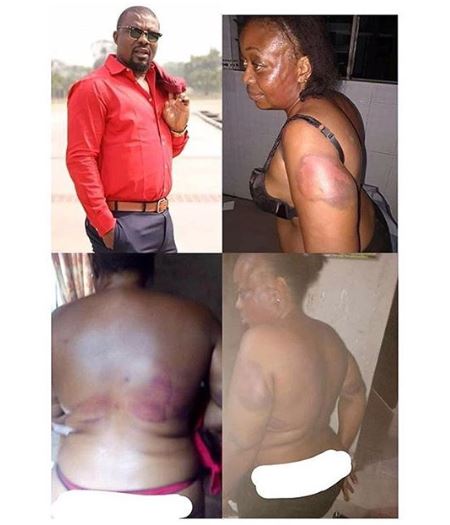 Mr Uduak Nseobot a local councilor in Ibiono Ibom LGA of AkwaIbomState has been charged to court by the Akwa Ibom State Government for allegedly kidnapping, assaulting, and publicly stripping a woman identified as Iniubong Essien, whom he had accused of stealing some naira notes. Mr Nseobot said the money was “sprayed” on them at their wedding. He was initially charged alongside his wife, Aniedi, who lives in the U.S. But the charges against the wife was dropped by the prosecution to enable them build a smooth case against the defendant. Justice Archibong Archibong of a state high court in Uyo on Thursday dismissed the preliminary objections filed by the defendant through his lawyer, Mfon Ben. The judge ordered that Mr Nseobot be remanded in prison, after the councillor pleaded not guilty to the charges against him. The case has been adjourned to November 27 for the court to hear the defendant’s bail application. The victim, Ms Essien, who said she has been a close friend to the councillor’s wife for about 10 years, denied stealing their money. She revealed that she assisted the Nseobots in cooking and serving food at their wedding and that she was not even the person who helped them pick money sprayed at the wedding. The councillor and his wife, supported by their friends, were said to have abducted Ms Essien from her home in Uyo in the morning, around November last year, and drove her to a village in Ibiono, about 27 kilometres awaay. She was then taken to a village hall around 10 a.m. “I was beaten and forced to walk stark naked in the village hall, they removed my dress, my bra, and my pant,” Ms Essien, who is over 40 said. “People were inside the village hall, I think he (the councillor) may have told them that he was bringing a thief for them to beat, so the whole place was filled with people. He was mixing charcoal with pepper to rub on my body, but he didn’t rub (it) on me. They tied a rope around my waist and said I must dance naked before the village people.” Ms Essien said the councillor, his wife, and their friends used their mobile phones to take photos and videos of her, while she was naked and being beaten. The incident, which was brought to public attention through Facebook, shocked Akwa Ibom residents on social media, with people calling on the state government to ensure justice was done in the case. Reacting to the remand order against the councillor, Ms Essien said, “I am so happy with what has happened.” The defence lawyer, Mr Ben, also said that they are confident that “at the end of the day, the entire world will know the truth that the girl was not assaulted, there was no attempt to murder her”. He said, “Justice has an end result. We are not desperate, we are not frustrated, we are confident in our case.”

U.S Sets To Launch Camera Based Side Mirror For Cars