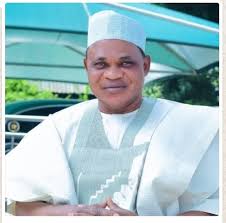 Musa wada
Mr Musa Wada, The Kogi State governorship candidate of the Peoples Democratic Party,has rejected the result of the governorship election being announced by the Independent National Electoral Commission. Speaking during a media briefing on Sunday in Lokoja, the Kogi State capital, he said the results that had been announced were fictitious. He particularly said the result for Okene Local Government Area of 112,764 for the All Progressives Congress and 139 for PDP was fictitious. He said he would go to the election petition tribunal as he claimed to have won the election. Details later

Head of Service, Oyo-Ita lands in hospital after 4 days...