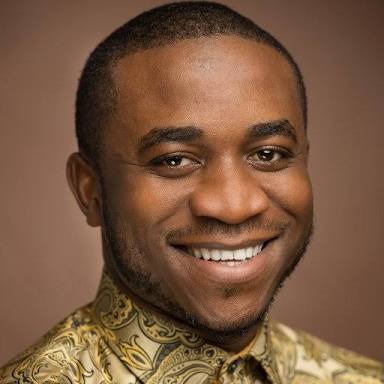 The Federal Bureau of Investigation (FBI) in the United States has apprehended a Nigerian serial entrepreneur identified as Obinwanne (Invictus Obi) Okeke. It was gathered that Okeke, who was listed among Forbes 100 Most Influential Young Africans 2018, was arrested by the FBI over $12m fraud. The FBI did a thorough investigation on the criminal activities of the Nigerian entrepreneur, which led to his arrest by the law enforcement agency. Social media has been agog with the report of the arrest, as some Nigerians condemned the fraudulent act of the entrepreneur, while others called on the Nigerian security agencies to learn from the FBI.

Okeke was alongside three others, nominated for the most prestigious award for African businessmen/entrepreneurs, the All African Business Leaders Award for Young Business Leader (West Africa). Obi has investment in real estate development, energy and construction. His company, Invictus Group, operates in three African countries, which include Nigeria, South Africa, and Zambia. In his reaction to the arrest, the head of the Presidency Office of Digital Engagement, Tolu Ogunlesi, advised aspiring fraudsters to have a change of mind, saying if the Economic and Financial Crimes Commission (EFCC) does not arrest them, the FBI will. He tweetd: "If you’re a practicing or aspiring Yahoo Boy, please read this affidavit well. If EFCC doesn’t get you, FBI will. They’ve both ramped up their clampdown on computer and wire fraud."

Naira Marley: EFCC Reveals Things Found On His Laptop In...

Nigerians are anxious to know what becomes of popular Nigerian...

EFCC recovers N1.5b from contractors, others

Four BILLION people worldwide will be overweight by 2050,...

Four billion people (45% of the global population) will be overweight in 30 years,...