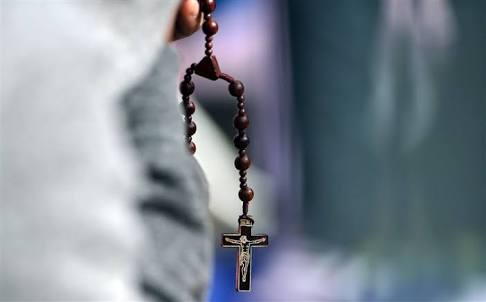 Just Two days after the Catholic Priest of Queen of Apostles Seminary, Imezi Owa in Ezeagu Local Government Area, Enugu State, Rev Fr Arinze Madu was kidnapped, he regained freedom. It was not clear at press time if any ransom was paid before he was released. Enugu State police spokesman, Ebere Amaraizu, who confirmed the release said that the priest was released unhurt on Wednesday afternoon. It was learnt that the state police command and other sister agencies had intensified efforts in the manhunt for the release of the kidnapped priest. The Catholic Diocese of Enugu in its official Facebook page also confirmed the release of the priest. Another Catholic priest abducted in Enugu It will be recalled that In a renewed attack on priests in Enugu State, another Catholic Priest, Rev Fr Arinze Madu, of the Queen of Apostles Seminary, Imezi-Owa, Ezeagu local government area of Enugu has been abducted by gunmen. Enugu Catholic Diocese which confirmed the story said it it has been devastated since the abduction on Monday. Director of the Diocese communication, Rev Fr Been Achi told Vanguard that “It’s heart-rendering, brings sadness and disappointment. It makes one sad the moment you think one is secured, almost to tell you that you’re not as secure. “The priest was just coming out of his house and he was accosted and abducted.” According to the state police command, the police is already in the trail to safely secure release of the clergy. Enugu police spokesman, Ebere Amaraizu, the command has intensified manhunt on the abductors with a view to liberating victim unhurt and arresting suspects. It was gathered that the priest was abducted on Monday Evening at about 5.50 pm near the gate of the seminary located at Imezi Owa as he was driving out of the seminary premises after suspected hoodlums fired sporadically.

Nigeria at 59: God has promised us a new Nigeria - Osinbajo