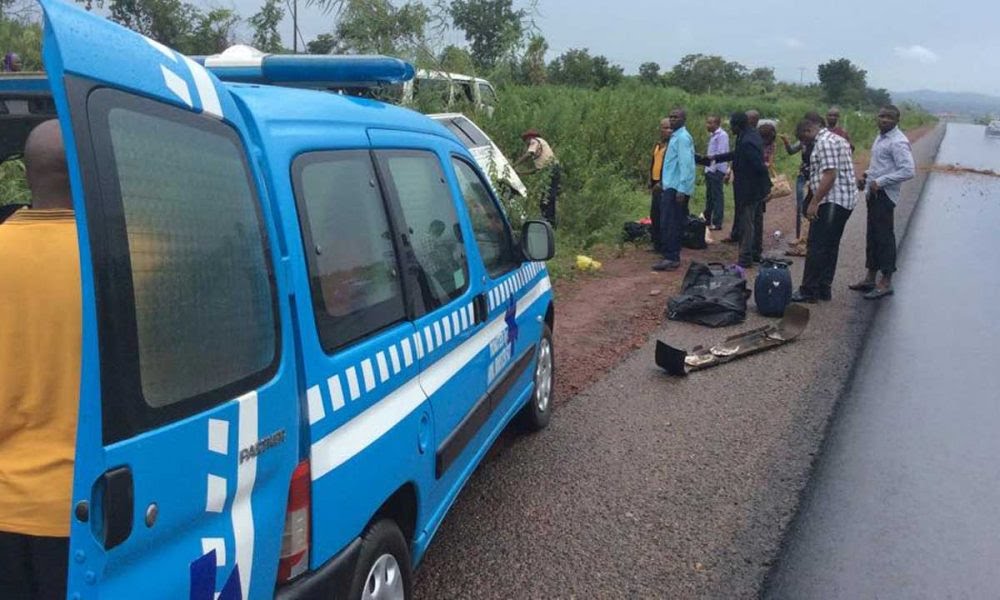 The Edo Sector Command of the Federal Road Safety Corps (FRSC) has said that 143 persons were killed in road safety crashes in the state due to absent-mindedness of drivers. Mr Anthony Oko, State sector commander of the corps revealed this to NAN on Thursday in Benin, at the flag-off of the 2019 Ember month campaign by the corps. Oko said that the figure which represents 37 per cent of accidents in the state, was between January and October. He said the deaths were recorded from 170 road traffic cases, which involved 351 vehicles, while 664 persons were recorded injured. He also revealed that 136 people were killed in 2018 due to the same factor, adding that the figure represented 39 per cent. Oko explained that out of 290 probable causes of crashes that year, 113 were deduced to be by drivers’ absent-mindedness. He added that the figure was from 206 total crashes that happened within that period, with 387 vehicles involved and 801 persons injured. The sector commander said that the theme for the 2019 ember months campaign is “Road Crash is Absence of Mind: Stay Alert, Stay Alive” He noted that absent-mindedness was a topical issue that requires the attention of the state and relevant stakeholders as the yuletide approaches to increase awareness. He explained that some of the road traffic crashes that emanated from drivers absent-mindedness were from the use of phone while driving, fatigue, driving under the influence and dangerous driving. Other causes include wrongful overtaking and loss of control of vehicles Oko stressed the need for all to adhere strictly to road traffic laws and regulations at all levels and collaborate with the command to enforce traffic laws, ensure prompt rescue services as well as educate all categories of road users.

Unbelievable! Herdsmen struck again as they rape and murder...

Alan Eugene Jackson is an American country singer and songwriter. He is known for...

Victim of the Game

Cant Live It Down

What do you Mean

ROBBERS KILL A BIKE MAN IN GOMBE; WENT AWAY WITH HIS BIKE